The only time anyone moves fast in Woody Head is in the shower, where, in an effort to conserve, you get two minutes of water for one dollar. I managed to wash my hair and shave one leg, which is more than enough, I reckon, for Woodford (we’ve decided to go back up the coast to Queensland after Christmas for the Woodford Folk Festival. . . more on that later).

The most strenuous event at Woody Head, a campground located in Bunjalung National Park, where we spent five long lazy days, was a WilderQuest walk around the rock pools. The walk was led by a cruisy ranger, a local high on enthusiasm and a bit low on scientific knowledge. When K asked how shells were made, he said, “I should know this. We did it at uni. The mollusk secrets calcium . . . something . . .?” Then, noticing a sea cucumber he shouted, “Hey, have a look at this! What you gotta know about the sea cucumber is he breathes through his bum hole. Pretty good party trick!!!”

The rock pools were magic. Once you stop and look, you see so much in this rich watery world: Neptune’s necklace, countless zebra snails, carnivorous mollusks and, my personal favorite, a chiton. Chitons are simple creatures who’ve been around for 520 million years and have hardly changed at all (I know a few people like this). But the most unusual creature spotted was the sea hare, a large bulbous green glob, squishing its way from one rock pool to the next.

The rock pools weren’t the only places teeming with animals. There were plenty of kangaroos, birds singing all day long and a large carpet python in the gum trees overhead.

If you’re ever in this part of the world, check out the tiny town of Iluka with the best fish around at very cheap prices—we got three fillets of local mullet (delicious) for $6. Iluka is where the mouth of the big beautiful Clarence River meets the sea. Its waters mix with the clean clear ocean and dolphins swim close to shore. The photos I took don’t do it justice. 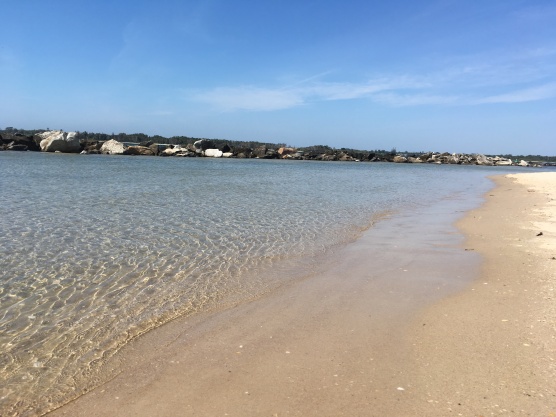 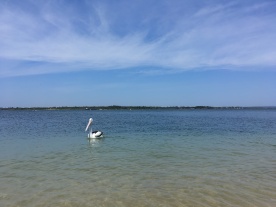 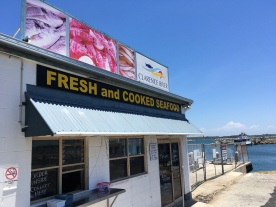 In an effort to escape the midday heat one day, we also visited the laid-back town of Yamba, where the townsfolk are determined not to work too much. Get to Yamba early because the café kitchens close at 2. The library’s air-conditioned and open Monday, Tuesday and Friday, but closes for lunch. There’s a good used bookstore, The Book Nook.

After Woody Head, we drove down the coast to South West Rocks, where I’d already booked a campsite. Why? We’d planned to head south and cool down in the Snowy Mountains after Christmas. BUT, plans change. Friends in Brisbane suggested the Woodford Folk Festival. (Do check out this link–very cool website.) We’ve always thought of going—many of the concerts are interpreted and there are a zillion kids activities. So, this year we’ll brave the heat of inland Queensland, the mud–if it rains–and the crowds of tens of thousands of festival goers and head off to hang with the hippies for a week in Woodford.

That’s why we’ve driven south before we drive back up north again (and then head south towards home).

I'm a Sydney-based writer, casual academic, mum, former president of the P&C, and founder of Auslan Afternoons, a play group for parents of deaf children who are interested in learning Auslan. View all posts by sarahklenbort

One thought on “Woody Head Campground, Iluka and Yamba, NSW” 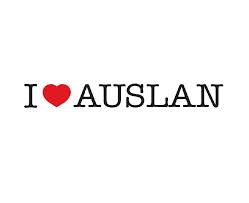 This is a blog about our family (one deaf and three hearing) travelling around Australia for a year with a four wheel-drive camper trailer. We hope to go to some remote areas on this vast continent. We'll also visit deaf schools and deaf communities along the way, including Deaf Games 2016 in Adelaide.
%d bloggers like this: